I am not a comedienne at all, but sometimes I get one in there when I said “when opportunities knock, don’t send them to your neighbor.”

Recently a person I know had a great opportunity to show their skill and expertise but was too shy to do so.  Their boss automatically thought the person could take care of a major job without questioning at all if the person had the skill.  When the boss said to the person to take of it, they replied “Well, I will try; I don’t know if I can handle it.” Yikes! I asked them if they could handle the problem and the person said, “I think so.” Knowing full well that they could, as well as knowing that they had probably royally messed up a chance to show their skill, they called me after the fact and told me the story. then asked me “what do.you think I should do?”

What do you think, I said? “Hang up and go and take care of it! Don’t let them go outside the company and pay for another “expert” to come in and fix it when you can do it yourself.” It didn’t take much convincing. For them to pick up the phone and call me already said something about them knowing that they had made a mistake. The good news is that they recognized it and did something about it.

Once the situation was taken care and the person had successfully handled the problem, they sent me a message telling me that they had handled it. I congratulated them and went on my way.

Later, I was thinking of that particular situation and wondered many times the exact same situation had happened to others but they did not rush to self-correc 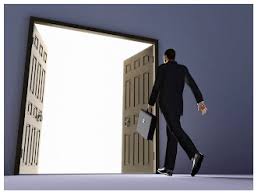 t. How many times do you allow others to seek out someone else to do a job that you could do? The question that follows is, why?

Is it because you don’t want the responsibility? It is because you have self-doubt? Or is it because of laziness? I would like to think that the latter isn’t the case the majority of the time. I would like to believe it is because you are shy or fearful of failure.
I can just hear the wheels turning and the doubts beginning to pop up as you consider if you would have jumped in and volunteered your expertise. Many of us would say that we would, but trust me, others would not and it’s because of a lack of confidence or maybe the fear of being embarrassed or criticized if what they tried did not work.

May I suggest that you won’t know if you don’t try? May I also suggest that one thing that you will find out, if nothing else, is when you try,you show not only others, but you show yourself, that you are willing to take a risk. You demonstrate your willingness to help which shows that you care.  It shows that you have initiative, at a time in history, when it seems to be lacking.

You might not always get it right, but you will gain experience and, hopefully, good exposure.  You will increase your confidence, your boldness will develop and you will own your own decisions and contributions. This may seem difficult to digest, but once you step out and try, I don’t think you will ever look at problems the same again. You will grow.

Remember, when opportunities knock, open the door and invite them in. Don’t send them to your neighbors…